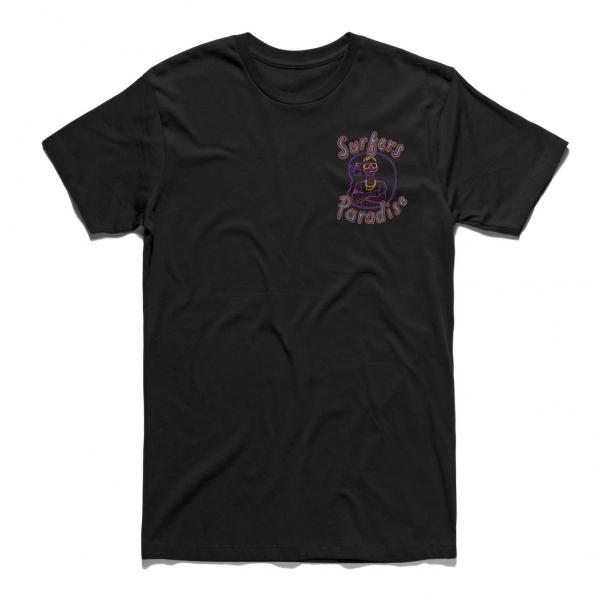 Around 1920 Brisbane hotelier Jim Cavill acquired 25 acres of land in a town that was then known as Elston. In 1925 he built the 16 bedroom Surfers Paradise Hotel and during the early 1930s he, with the support of locals, lobbied until the area was formally named Surfers Paradise to appeal to tourists visiting the area. Surfers Paradise has since drawn comparison to America’s Las Vegas due to both its thriving nightlife and the abundance of neon signs shining out from motels and bars. While many signs have come and gone, the iconic Pink Poodle Motel has been a standout since starting the neon sign trend on Boxing Day 1967. It remains one of the few surviving pieces of neon artwork linked to the booming 1960s development of the Gold Coast. The famous sign has since been nominated for heritage listing as a Queensland Heritage Icon in 2005, and in 2015 a picture of the sign featured on an Australian Postage stamp.